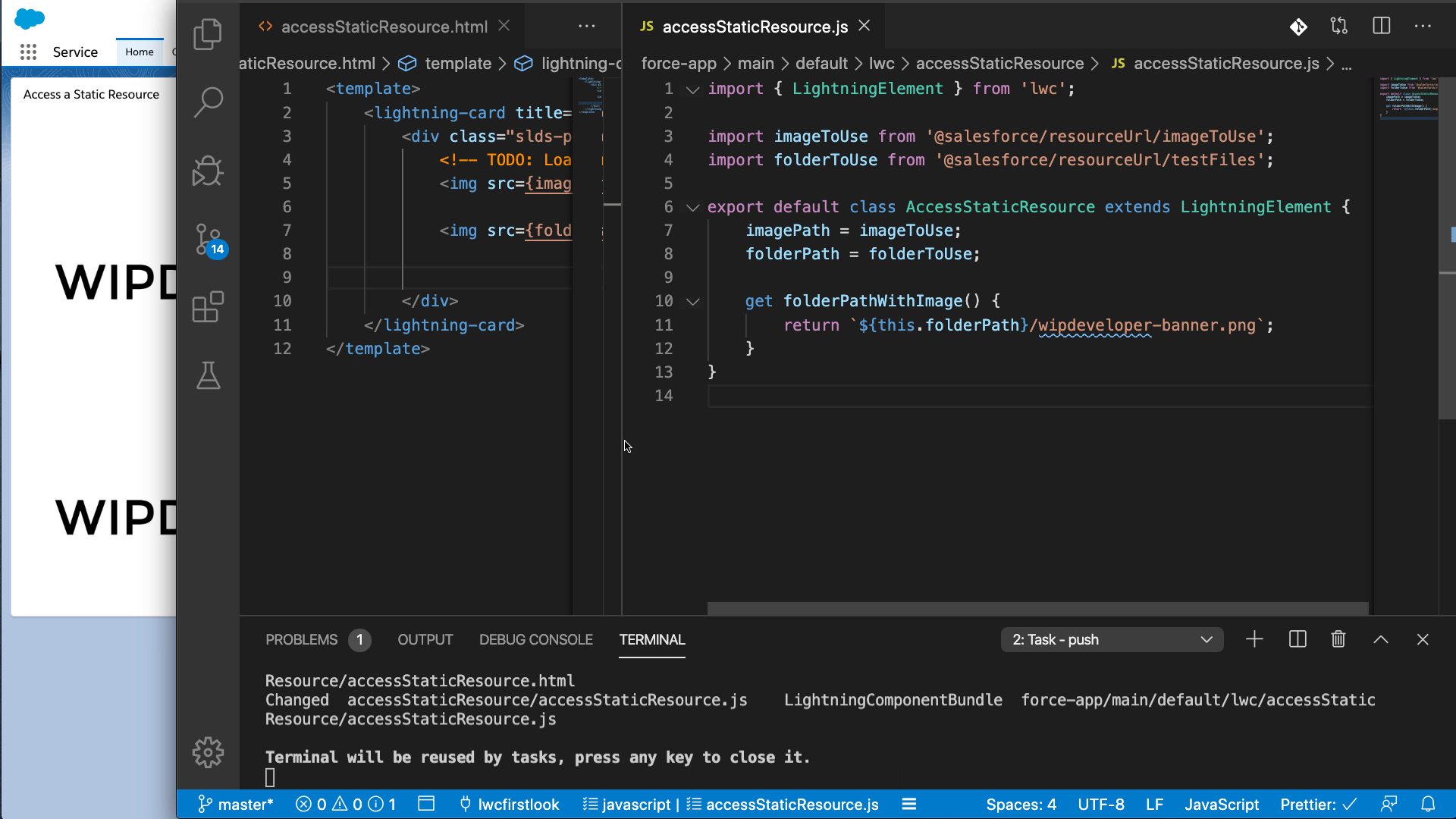 Hello, I'm Brett with WIPDeveloper.com. When working with lightning web components, one of the things you might have to access is a static resource. In this case, I would like to display an image inside of one of the Lightning Web Components.

Let's take a look at how to do that.

Over in our JavaScript class, we don't have an imagePath yet, but let's make one. What we're going to do is use a important statement to get access to the static resource.

Now we have import import imageToUse from '@salesforce/resourceUrl/' and then the name of our static resource, which is imageToUse. Now we'll just assign that to image path. Now if we save this both of these are saved.

We have an image in our custom lightning web component. Now let's deploy it and make sure it's all working. Okay. Looks like it's done. deploying. There we go. That's accessing a static resource that is a single image.

Now if we want to access an image that's inside a folder, static resource is very similar. We're doing is importing the path of the test files route, static resource. And we're assigning it to folderToUse. And now we need to assign it in our components so that we have access to it. Now we've assigned folderToUse the path default, we've assigned the folderToUse path to folderPath, and we can go back and look at it. That's right there. You see the path relative path to our static resource folder. But if we look in our folder, We see that test files actually contains an image and some JavaScript. And if we can't just put the wipdeveloper-banner.png is we have to create a getter so that we can format the text for it back in the controller, let's create a getter.

So in our getter we are returning to the folder path with wipdeveloper-banner.png appended to it. And now we want to access this in our template will assign it to another assignment as the source to another image tag.

I want to get rid of this folder path right now because we don't need it.

And everything's working as expected now. So if you're working with static resources, and using local development and you modified or if you've edited your static resource, you might have to restart the local dev environment.