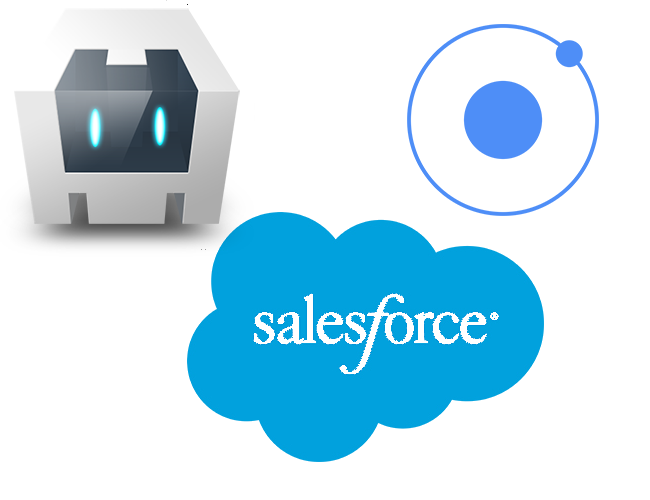 The Salesforce Mobile SDK is a package put together to aid in building mobile apps on the Salesforce.com platform.  There are various way to install and different app development types (native, react native, hybrid local and hybrid remote) it supports it but I will be focused on creating a hybrid local app.  I will also be using android but that is mostly because I am using a Windows machine and you can't build iOS app on windows.

Since we are planing on creating Hybrid apps we will also need to install Apache Cordova.  Whats that you say?  Glad you asked.

Apache Cordova is the ultimate polyfill for web developers wanting to create apps.  Allowing apps that can be deployed through app stores to be created with HTML, CSS and JavaScript.  Through the use of plugins native device features (camera, storage, so on) can be accessed in web app.

A second advantage of Apache Cordova is that you can create apps for different platforms from the same base web app.   For our use cases we will stick with Android for now but the Salesforce Mobile SDK also supports iOS.

But what about the Ionic Framework?  Good Question!

The Ionic Framework is build to work with Apache Cordova to developer native looking apps.  It implements logic, animations, and so on with Angular so to get the full use out of Ionic using Angular would be required.

We are going to build an app that uses the Salesforce Mobile SDK, built with Cordova, and styled with the Ionic Framework.  Should be fun!

Now that you know a little about what we are dealing with let's get started next time, what do you think?  Let me know by leaving a comment below, emailing brett@wipdeveloper.com or following and yelling at me on Twitter/BrettMN.