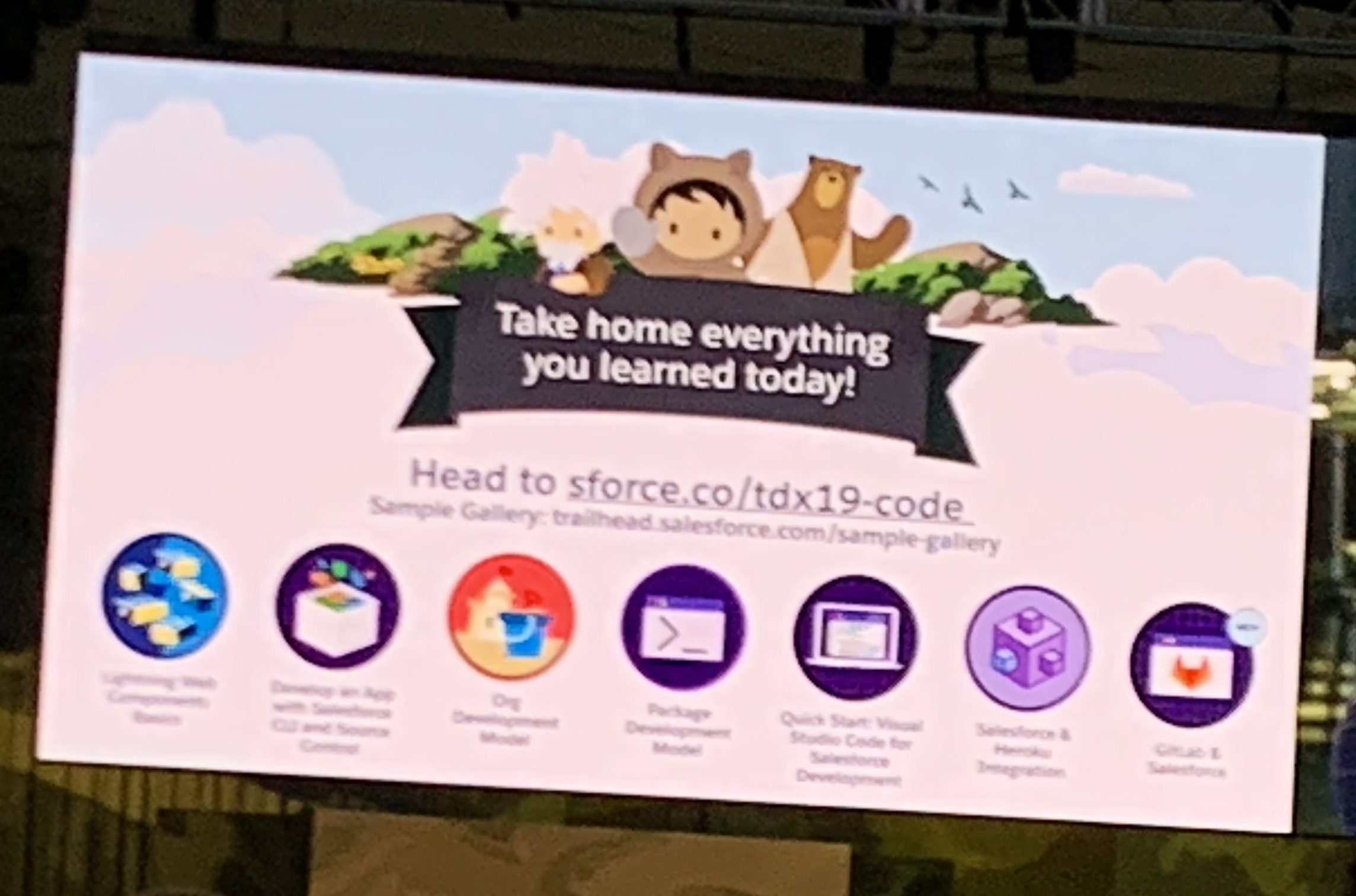 Hello, I'm Brett with WIPDeveloper.com. I wanted to do a quick recap of TrailheaDX 2019. Of course the big marketing buzzword coming out of it is blockchain as in Salesforce has its own blockchain now.

They also announced local development. And it's going to use a local Express server to serve up Lightning Web Components and a proxy server to communicate with Salesforce and get live data from your org. This will be a big bonus when you're making development changes and need to iterate fast on design, get fast feedback. It'll be nicer than having to save your component waiting for the page to refresh before you can actually see it. Because with local development, you're going to also get hot reloading. So you don't have to press refresh it as you save the file. It'll update automatically, you also get prettier, not Prettier as in the format, but more nicer looking error codes in the web browser.

And the beta will be coming this summer.

It's also going to have on the roadmap, they're looking at doing Flexipage rendering support for offline or local, were they there they're going to do, they're looking at doing mocking data, like either recording the data from your org or serving up sample data, similar to like a tree export of the data in your org. And, obviously, they want your feedback on this. So if you go, I'll see if I can find a link to include below on where you can provide feedback. So that's the two main things that interested me was local development and the open sourcing and Lightning Web Components as far as announcements go.

But the sessions I enjoyed the most was there was The Extracurricular, which is like a mini event inside a trailhead dx for put on by the community. The main organizer being Chuck Liddell, who is Salesforce MVP out of Hawaii and I believe he's an instructor, he works at Valence. When the sessions become available, I will record oneness of recordings for these sessions become available. I will include a link below. So be on the lookout for that.